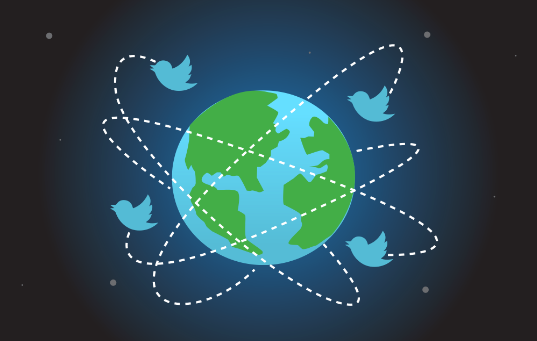 Two years ago the Consortium for Policy Research in Education at University of Pennsylvania released an analysis of conversations about #CommonCore on Twitter. This morning the group released an update on how these conversations have changed over the past 2 years and shared some of their takeaways.

Jonathan Supovitz and his colleagues looked at a total of “one million tweets about the Common Core” between September 2013 and April 2016. While the opposition voice won out as the loudest on Twitter, the authors point out how much of the opposition to the Common Core State Standards in the Twittersphere continues to not actually be focused around the standards themselves.

The research found that, “The dispute about the standards [remains] largely a proxy war over other politically-charged issues” that aren’t actually components of high, comparable state standards, including concerns around the federal role in education, collection of student data, testing, and social inequity issues that can impact student achievement.

Supporters of high standards may indeed share some of these concerns – but know that these issues are separate from the conversation about standards. Standards merely set high learning goals for students, are chosen at the state, not the federal level to be adopted, say nothing of increasing testing, and were never meant to be a silver bullet for closing the achievement gap.

Supovitz and his colleagues found that #CommonCore became a catch-all for education policy concerns of Americans across the political spectrum, from social conservatives, to limited government conservatives, to liberals. And within each group, the authors point out, an echo chamber repeats and reinforces the message, without regard for facts.

The absence of facts in the #CommonCore conversation on Twitter was extensive, according to the authors. When tracking #CommonCore, they noticed that “surges in chatter related to the Common Core” were often centered around fabricated news stories. They noted, “In our investigations of the Common Core on Twitter, we saw multiple examples of these phenomena at work and identified a number of alternative online ‘news’ organizations that used the legitimacy of news to overtly push a particular ideological slant.”

While opposition to high, comparable standards is bipartisan, support for them is bipartisan too. Led by state governors, developed by education experts with input from teachers, red and blue states alike embraced the standards at the outset, with support coming from both sides of the aisle.

The conclusion from analyzing all the Twitter chatter? #CommonCore opposition won the messaging war, but a vast majority of states have stuck with high, comparable standards and student achievement is on the rise across the country – and that’s the war that really matters.

Check out their project: 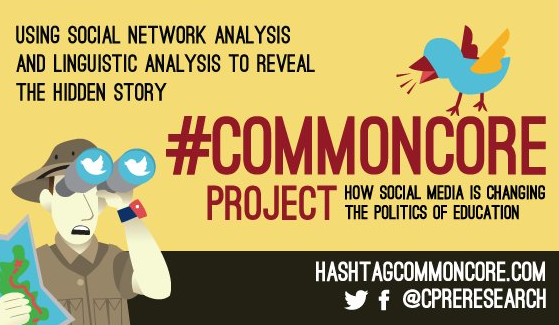