Could “I’m not a math person” become a thing of the past?

Students across the United States are making meaningful gains. A huge amount of credit goes to teachers, parents, and students for the hard work they’ve put in. However high standards have played an important role too!

As Jim Cowen explained last week, the results from 2016 assessments “suggest that the promise of higher academic standards—whatever they may be called—is working.”

One particular trend that I’d like to point out is the notable gains in third grade math achievement across states that adopted high standards a few years ago.

Most states began implementing new, higher standards between 2012 and 2014. While most of the current students were part-way through their academic careers when this switch to high standards happened, this past year’s third graders were just arriving in Kindergarten. So, students who just finished third grade from those states have only ever known learning under these higher expectations. And their math scores three years later are seriously looking good.

Take a look at the map: 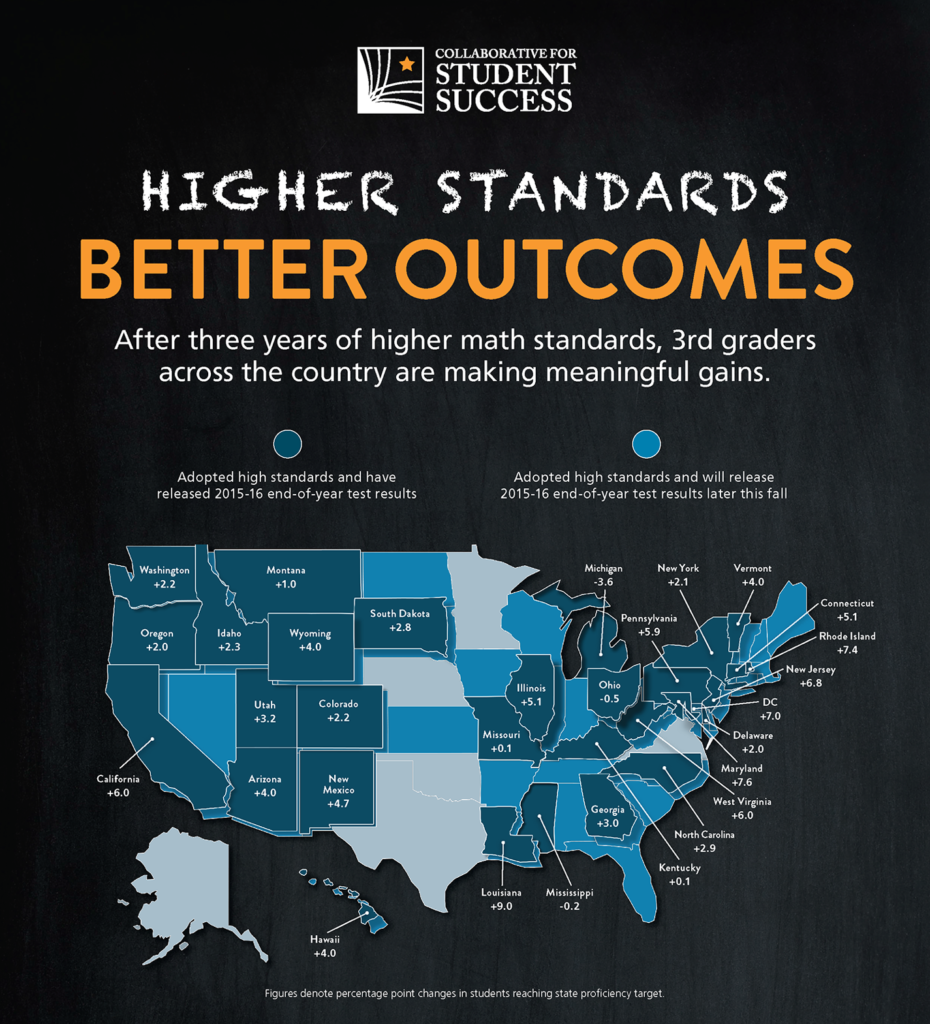 California, Louisiana, Arizona, Illinois, DC, New Jersey, Rhode Island, and many more — all made significant gains in math proficiency for third graders in 2015-2016. Put another way, despite all the concerns of “fuzzy math,” more 3rd graders this year were proficient than the year before, and the year before that.

So what lead to this increase in math in particular?

Along with the traditional methods you and I learned in school, these young students were learning multiple approaches to a simple problem, allowing them to grasp the underlying concepts by using the method that worked best for them. Math experts agree that this approach is key to getting kids more comfortable with math, so as they grow up, they are ready to tackle more difficult concepts.

While math proficiency is climbing, we’ve still got a long way to go as a nation. But we are hopeful.