But did states actually reach out in a meaningful way? Did groups take advantage of the opportunity? Did they stay engaged after the initial outreach? What did they find most important? Did state policymakers act on the feedback they received?

With every state’s ESSA plan now approved by the U.S. Department of Education, the Collaborative for Student Success (CSS) recently collected survey responses from nearly 400 ESSA stakeholders to help answer these questions.

What we found will surprise some skeptics. We learned that:

CSS conducted the first – and perhaps the only – national survey of ESSA stakeholders.  Here is how we did it: 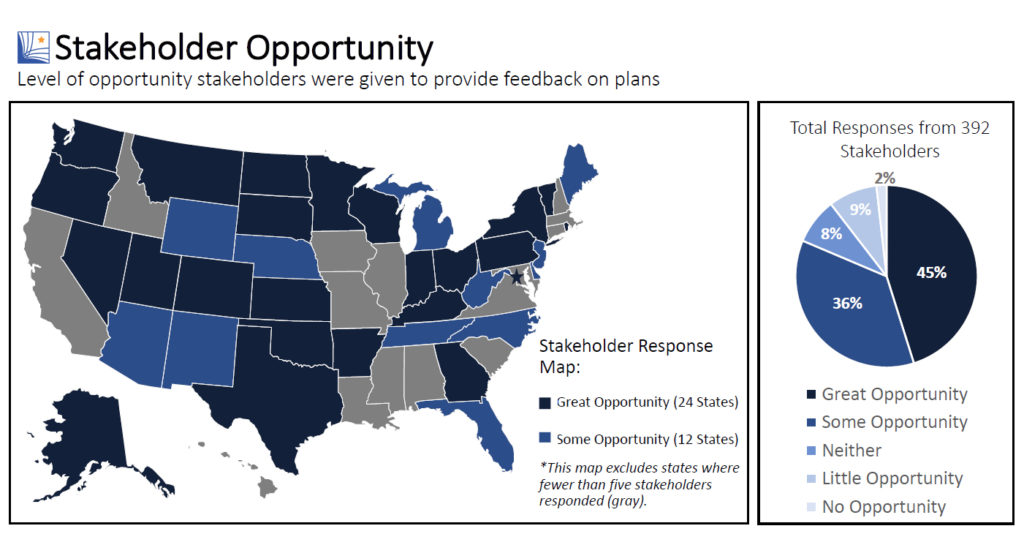 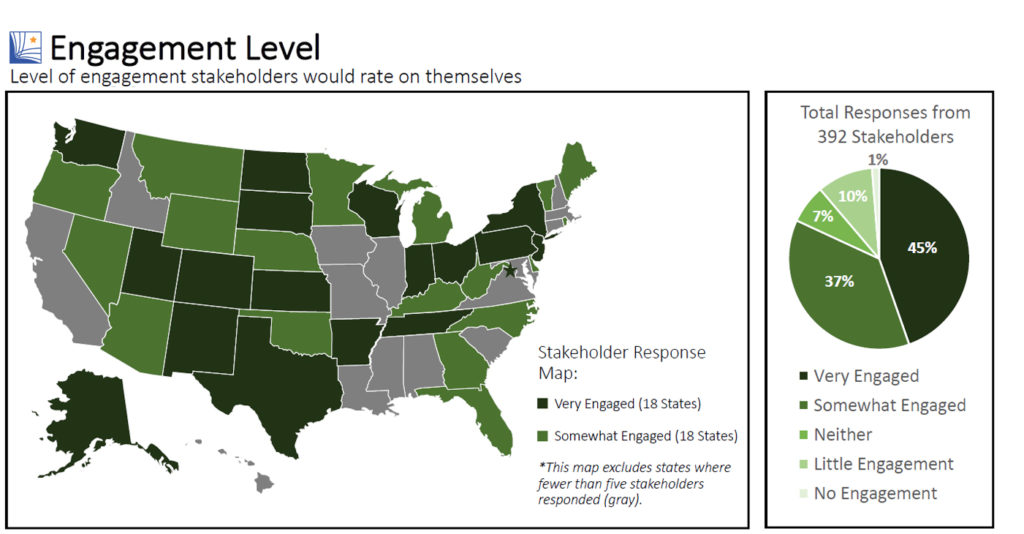 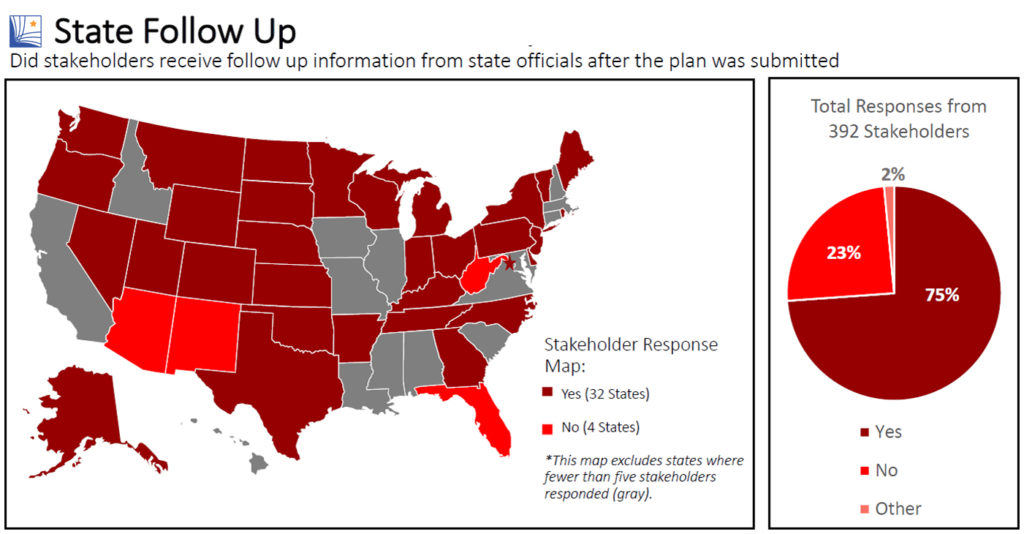 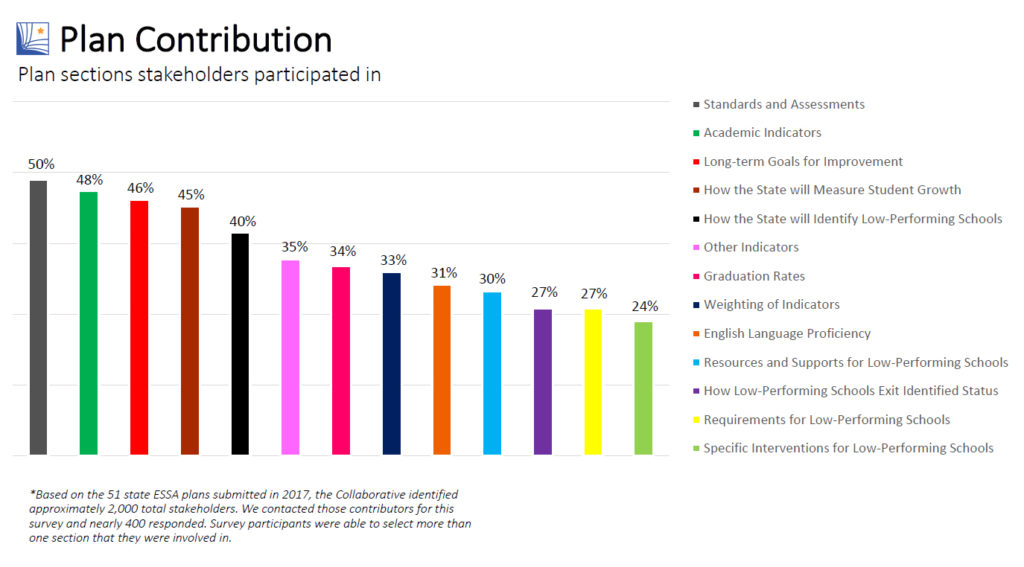 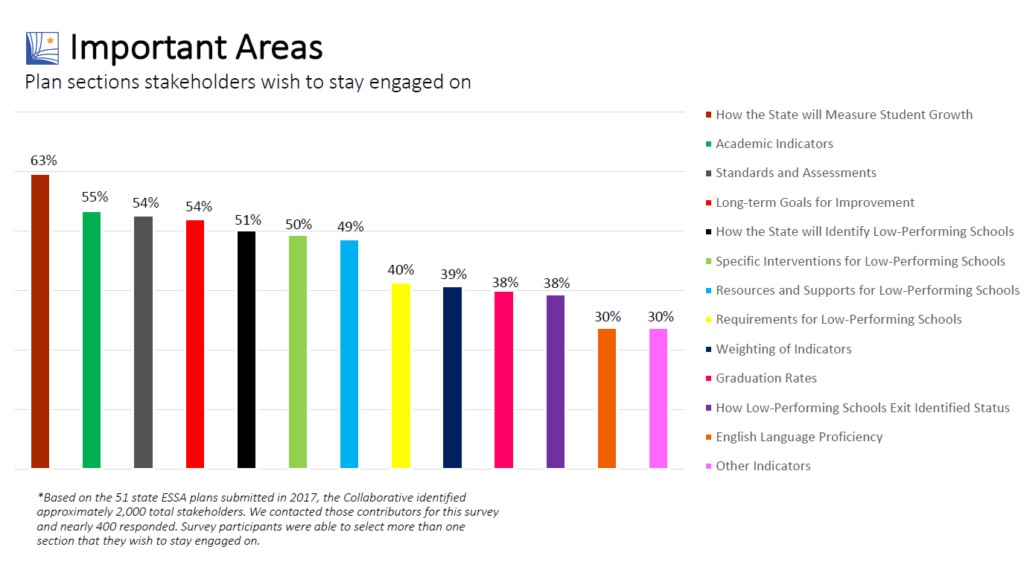 The results of this survey complement our current “Promise to Practice” initiative. They provide a sense of how states did with engagement during plan development and after. Perhaps most important, the results indicate the subject areas where stakeholders want to stay engaged going forward.  Nearly 50% of respondents reported that staying engaged on identifying low-performing schools, interventions, resources, and supports for these schools is important to them.

Most survey participants affirmed that states were diligent and successful in maintaining a line of communications with their organizations. Given the daunting task of pursuing educational improvement, we are hopeful that states will continue this trend.