Falling back in love with math 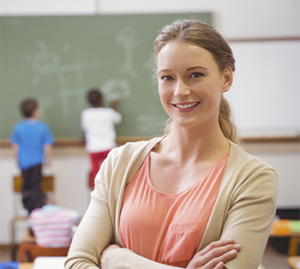 Parents around the country have expressed trepidation about new math instruction they don’t recognize and rightful concern that they are unable to help their children with their homework. But, some parents have come to the realization that they want their children to be better and more confident at math than they were as students. And the more they learn, the more parents are starting to appreciate the math concepts promoted in the Common Core State Standards.

“Like many parents in the early years, we were confused by the math in particular and not very supportive…[But now my twin daughters] understand math concepts so completely after learning ‘that crazy way’ in elementary school that I am a huge believer. They reason and understand. They do not memorize and move on.” – Maryland parent, Marianne Sullivan

“My first reaction to a Common Core worksheet was repulsion. It’s ugly math. It doesn’t look pretty or easy… [But] I set that aside and learned how to do what he was doing. And something magical happened: I started doing math better in my head.” – Washington State parent and tutor, Hadley Danielson

Certainly, not all material should be new to parents. Common Core State Standards still require students to know basic procedures and traditional problem-solving methods. Zimba explains in a piece this month, but the standards also encourage having kids learn multiple approaches to solving math problems so that they can choose the approach that works best for them, and so that they develop a full understanding of the concepts before they move on to more challenging levels.

This Facebook post from an Idaho teacher demonstrates exactly how that complete understanding translates to making more complex math concepts easier for students to grasp:

“We whipped through this in a day because they were able to conceptually understand the idea of splitting the area of a rectangle into easier to compute pieces, and then finding the sum of the pieces. Is this method the most efficient for multiplying simple two digit numbers? Probably not. But is there a PURPOSE for exposing students to this kind of thinking early on? Totally! … I just love seeing Common Core working!” 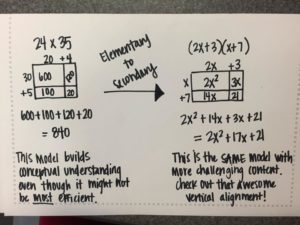