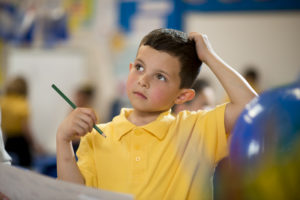 Writing in the New Boston Post, Sandra Stotsky claims the media ignores criticisms made against the Common Core State Standards because of a perception those concerns come from “wing-nuts concerned about ‘federal overreach.’” As evidence of this “blacklisting,” she cites one blogger’s vendetta against the Education Writer’s Association, the professional organization of members of the media who cover education.

“In effect, [the Education Writers Association] has found a subtle way to blacklist writers who might write critically about Common Core’s standards and tests,” Stotsky alleges.

This couldn’t be farther from the truth. The blogger that Stotsky uses as evidence is Anthony Cody, who is still sour that EWA changed their policies to more narrowly define which members could submit content for their awards – from all members to working journalists only.

But EWA’s policies are not up for debate here. Stotsky takes Cody’s arguments one step further, to blame this supposed blacklisting on the content of Cody’s blogs: opposition to the Common Core.

It’s difficult to argue the media has shown a bias towards opponents of the Common Core. Wild accusations, from the idea that the standards aim to turn kids gay to that they are a tool to indoctrinate students into Islam, have regularly populated headlines, including major news outlets.

Such claims have obstructed the honest debate Stotsky purports to defend. Former U.S. Education Secretary Bill Bennett wrote last year, “Lies, myths, exaggerations and hysteria about what the Common Core means and does have dominated the ‘debate’ and the real issues have been obscured.”

The real issue that Stotsky raises is one that she’s raised before, and will again: why is no one paying attention to me?

It’s simple. The large majority of experts in the field don’t agree with Stotsky. That’s different than having your opinion completely ignored.

Common Core has seen its share of opposition – and I’m sure there are many who will continue to voice their dissent. But those voices have certainly not been silenced. If they were, people like me would be out of a job.