Learning from the Early Birds 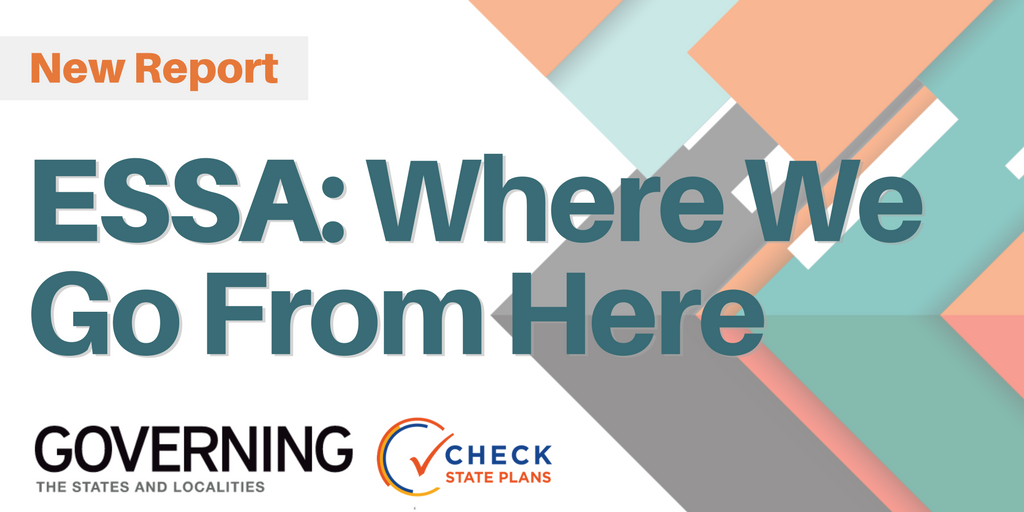 When the Collaborative, along with Bellwether Education Partners, released Check State Plans, we were glad to offer states access to the best ideas thus far put forward by states, consolidated in one spot.

Since then, we’ve seen strong interest in the work through media stories, activity on the website and most importantly, the discussions it has sparked with leaders in states that submitted plans as well as in states planning to submit by the September 18th deadline. Now that we’re less than a month away from the second round of Every Student Succeeds Act (ESSA) plan submissions to the U.S. Dept. of Education, these discussions are intensifying. What can we expect from round two submissions? How will states learn from round one submissions? How will they seize the opportunity to innovate and go beyond compliance?

In response to these questions, Governing magazine has just released “ESSA: Where We Go From Here,” an issue brief in which leaders in five of the second round states – California, Kentucky, Missouri, New York and Wisconsin – discuss the challenges and areas of opportunity under ESSA.

In the interviews, leaders highlight that ESSA provides the opportunity for a broad public dialogue about education. They also make clear that parents, community members, educators and other stakeholders don’t necessarily view education policy issues (such as standards, assessments and teacher evaluations) in isolation. While strong groundwork has been laid in many states, stakeholders must continue to be engaged, even after states submit their plans. 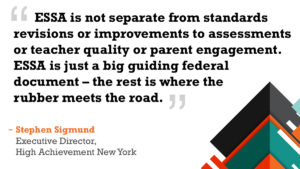 As peer reviewers found through the first round of Check State Plans, states embraced the flexibility provided in the law and worked to customize their submitted plans to best suit their own contexts. Unsurprisingly, the Governing issue brief shows that individuals in second round states are also welcoming the opportunity to tailor approaches to meet their local needs. However, there is still a keen awareness of the need to have appropriate guardrails in place to ensure that the needs of all students are being addressed.

As states work to finalize plans and update those that have already been submitted, we hope that leaders look to the independent peer review provided through Check State Plans and the Governing issue brief as resources that can contribute to the most effective plans for the students in their state.

Jim Cowen is the Executive Director of the Collaborative for Student Success.