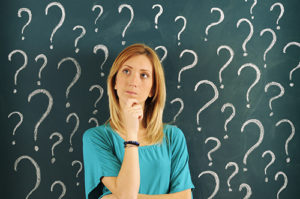 Time and time again, we’ve seen articles across the country conflate assessments with standards when talking about Common Core. Many outlets last year incorrectly reported parents in New York were “opting out of Common Core,” when in fact, is was the state assessment that they took issue with. Similarly, in this piece, a (hopefully) one-time glitch by a new state assessment provider was tied into state debates over the content of academic standards.

These reporters, and the parents and policymakers being interviewed in these pieces, are conflating frustrations over testing policy with the state’s education standards. This sort of reporting only serves to further misinform parents about New York, and other states’ education policies and creates more frustration and confusion around the term “Common Core” without actually being based on facts.

Let’s clear some things up:

In recent years, New York, for example, has been experiencing some pushback on the state’s testing policies. Over past year, NY leaders have made significant changes to state assessments to address parents’ concerns, including shortening the length of the tests, having 156 teachers review the content, and ensuring the results won’t be used to evaluate teachers or students until the 2019-20 school year. High-quality assessments are one of the best tools parents and teachers have to measure student development.

Yes, parents in New York have the right to opt their children out of New York’s assessments, but doing so is harmful to students and schools. Doing so puts students at a disadvantage. As many national civil rights groups point out, good tests empower parents to make sure all kids, regardless of race or zip code are on track to being prepared for success after high school.

Fortunately, in New York, and most other states across the country, most students and parents are “opting in.” As a several parents write in the Seventy-Four Million, “Initial reports show no measurable increase in opt outs” in New York, and many “poster districts” have seen a significant increase in the number of students taking the tests.