What You Should Know About PISA and High Standards

If you’ve read any of the coverage of the PISA results released this week, you’d rightfully be concerned about the state of math education in this country and our global competitiveness. According to PISA, U.S. performance slipped by 11 percentage points in mathematics and the United States now ranks 31st among the 35 members of the Organisation for Economic Co-operation and Development (OECD). We’re concerned too.

But these results don’t indicate that the United States should change course and abandon high standards. Here’s why:

The Programme for International Student Assessment (PISA) is a test of reading literacy, mathematics, and science given every three years to fifteen-year-olds in the United States and more than seventy countries and economies. Declining math scores don’t necessarily mean that high standards aren’t working for students. It’s important to remember that the 15-year olds who took this test in 2015 were likely already in high school when their states starting implementing high standards and the elementary-level education they received likely lacked the strong foundation that the high standards put in place for math instruction.

Even Andreas Schleicher, who oversees PISA for the OECD, agrees and told the New York Times that since “these standards were in place for only a year in many states… [he] did not expect them to boost America’s PISA scores just yet.”

Indeed, the New York Times points out that countries that have raised expectations for students and added emphasis to critical thinking have seen gains in their PISA scores in the long run. 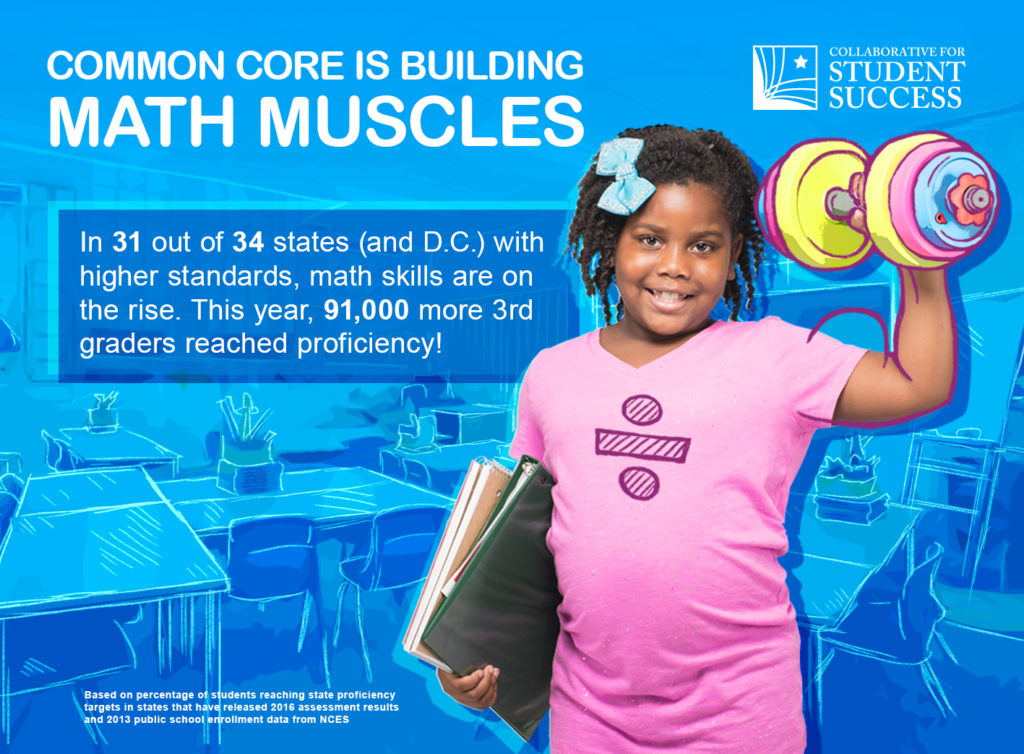 The U.S. is already looking like it will join those nations, as we’ve already started seeing positive gains across the country among the students that have been guided by high standards from the very start of their academic careers.

Recent state scores show that more third graders today are reaching proficiency in third grade math than before we had higher standards. Nationally, state proficiency rates increase by more than 3 percentage points in math this year.

“I’m confident the Common Core is going to have a long-term impact. Patience may be the biggest challenge,” said Schleicher.

High standards aside, education researchers agree that there is no single factor that contributed to the dip we’ve seen in math scores. (See this blog post by Marc Tucker, president of the National Center on Education and the Economy, who argues that teacher recruitment and preparation are “most worth thinking hard about.”)