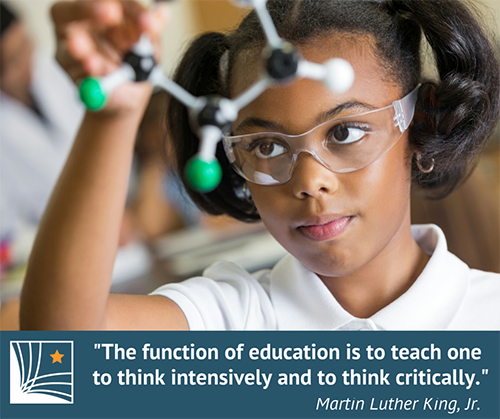 As we celebrate Dr. Martin Luther King Jr.’s life and reflect on his accomplishments, it’s hard to ignore the importance that he placed on education as a way to better one’s life – and one’s society.

It’s even harder to ignore the persistent gaps in achievement that continue to separate low-income students and students of color from their white peers. These groups of students have made slow, but steady, progress on the National Assessment of Educational Progress over the last two decades. But we can – and must – do better to ensure that these students leave high school prepared for their futures.

In 2014, The Education Trust found that, among African American students with high potential for success in AP math courses, only 3 in 10 took any such course. Part of this is because 15 percent of African American high school students attend schools that don’t offer at least one AP course in each of the four core subjects: math, English, science, and social studies. Instead of relying solely on advanced courses to prepare our students for college or a career, high standards – like the Common Core – ask more of all students and ensure they are on a path to graduate from high school college and career ready.

High, consistent standards – when faithfully implemented – give students the tools they need to think critically and succeed in college, career, or whatever else they choose to pursue. And after all, isn’t that the purpose of education?